The MoMA Visa: Modern Art after the Trump Ban

Since February 3, 2017, to ascend from the Museum of Modern Art’s atrium to the collections, visitors pass between Gilbert Baker’s unfurled Rainbow Flag (1978) and Siah Armajani’s Elements Number 30 (1990), a kiosk constructed of a diamond-plated aluminum sheet, a slanted barn door, a metal plinth, a box window tilted to reflect green light, and a rust shelf on its side. [Figure 1; http://tinyurl.com/yc2ljzv8] Understated sans serif wall text crisply describes Elements Number 30 as a piece of “vernacular architecture” and reports the artistic intention: “to substitute synergy for gestalt.” Below it, however, a second paragraph, this time in urgent italicized typeface, signals the aberrance of its installation. Like a visa, it precisely circumscribes the terms of inclusion: “This work is by an artist from a nation whose citizens are being denied entry into the United States, according to a presidential executive order issued on January 27, 2017. This is one of several such artworks from the Museum’s permanent collection recently installed, along with others throughout the fifth-floor galleries, to affirm the ideals of welcome and freedom as vital to this Museum, as they are to the United States.” 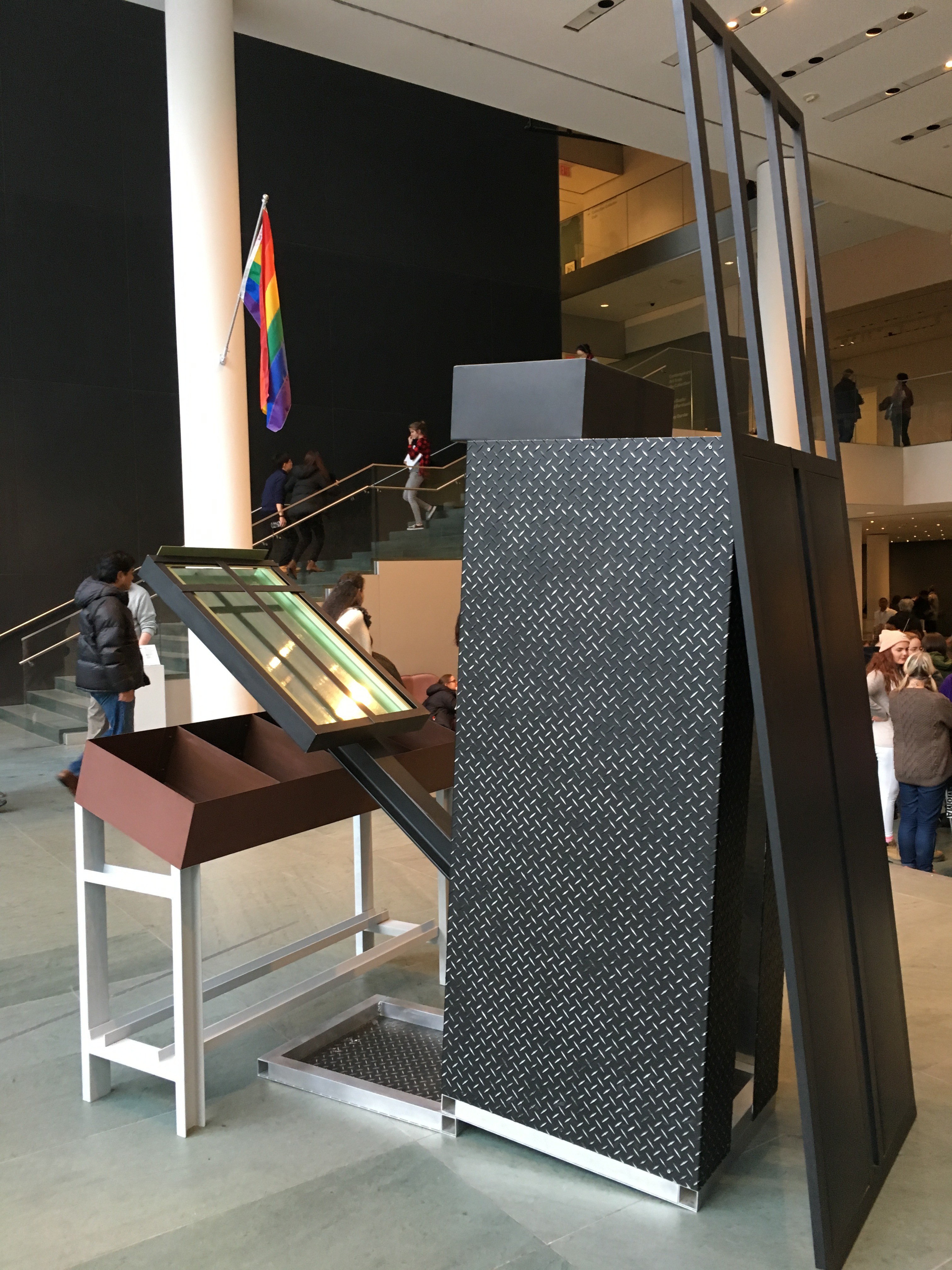