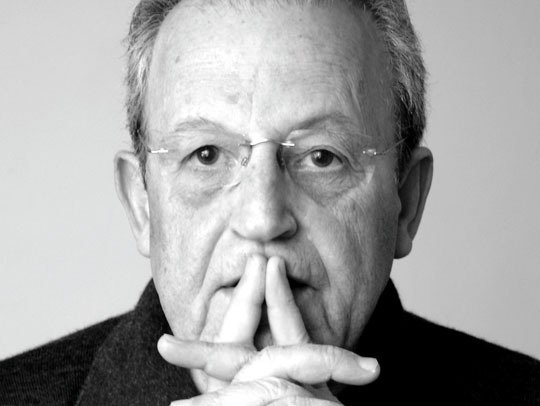 The partners of Meem Gallery would like to extend their sincerest condolences to the family of Rafa Al-Nasiri, who passed away at the age of 73 on Saturday, 7 December in Amman, Jordan.

Born in Tikrit in 1940, Rafa Al-Nasiri was a major proponent of the pan-Arab modern art movement that was initiated in Iraq during the 1970s, when Baghdad was a centre of contemporary art and culture. He was among a number of young Iraqi artists, such as Dia al-Azzawi, Shakir Hassan Al Said, Ismail Fattah and Kadhem Hayder, who started to exhibit their works regionally in the newly established Arab Art Biennials held in Baghdad and Rabat in 1974 and 1976, as well as in exhibitions in Lebanon, Kuwait, Syria and Morocco. Al-Nasiri co-founded and was a member of important artist groups of that period, including the New Vision group (1969), One Dimension group (1970), and the Graphics Movement. He is often credited with pioneering the graphic arts in Iraq and was highly influential in encouraging later generations of Iraqi artists to explore the art of printmaking.

While Al-Nasiri’s oeuvre is indebted to the visual culture of his own heritage, both Iraqi and Arab, his approach to art-making was particularly receptive to the practices of different cultures and disciplines. His exposure to international art practices started when he was a student at the Institute of Fine Arts in Baghdad, in 1959, the Central Academy of Fine Arts, in Beijing, from 1950 to 1963, and the Gravura, Lisbon, where he received a scholarship from the Gulbenkian Foundation to study printmaking in 1969. The curriculum at the Institute of Fine Arts was based on a European model of training, and when Al-Nasiri was a student in Beijing, the ink paintings of Qi Baishi and the works of his teacher Huang Yu Yi had a lasting impact on his work leading to his exploration of calligraphic forms and words—an idiom the artist gained renown for when he returned to Iraq after studying and travelling in Europe, from 1965 to 1969. The Arabic letter is a major element in Al-Nasiri’s oeuvre, a visual form explored by many Arab artists during the 1960s up until the present day.

An area Al-Nasiri investigated in his more recent silk-screen prints was poetry, including the work of Al-Mutanabbi, Ibn Zaydun, Al-Jawahiri, Mahmoud Darwish, Etel Adnan and May Muzaffar. Poetry forged a link with his interest in calligraphy but also acted as a refuge for the artist, who spent much of his life observing the destruction of his homeland from afar. In the aftermath of the Gulf War he moved to Amman with his wife, the poet, writer and artist, May Muzaffar, where he worked as a lecturer at Yarmouk University. In addition to his role as a teacher, Al-Nasiri actively contributed to the modern Arab arts scene through his written works on graphic art, published in Arab Arts Magazine, Ur Magazine, and Gilgamesh: A Journal of Modern Iraqi Arts. Throughout his career Al-Nasiri exhibited his work in solo and group exhibitions, festivals and biennials including Museum of Modern Art, Baghdad; Musée d’Art Moderne and Musée de l’Institute du Monde Arabe, Paris; British Museum and Iraqi Cultural Centre, London; Altes Museum, Berlin; National Museum, Nicosia; Jordan National Gallery of Fine Arts and Darat Al-Funun, Amman; Bahrain National Museum, Manama; Sharjah Museum, Sharjah; Asilah Festival; International Graphic Biennial, Fredrikstad; and International Graphic Triennial, Cairo.

Meem Gallery had the pleasure of working with Rafa al-Nasiri from 2010, and extend their deepest sympathies to his wife May Muzaffar and family.